Here is a tantalizing array of the latest news on chocolate and health:

* Researchers in Turkey are replacing the unhealthy sucrose in chocolate with a sugar alcohol called malitol; this promising polyol sweetener could lead to a host of new sugar free chocolates in the future. Polyols provide the same bulk as sugar, but since they are sugar free, they don’t promote tooth decay.

* Mars, Inc., makers of Snickers and M&M candy, has had great success with a new line of dark chocolate bars called CocoaVia. The bars are a good source of calcium (providing at least 20% of the daily requirement) and are fortified with folic acid and vitamins B6, B12, C and E, according to Health magazine. Also key is the smaller portion size of the bar, which contains only 100 calories and 5-6 grams (g) of fat.

* Those wanting to mix their candy vice with their alcohol vice are now in luck: The South African brewer SABMiller is rolling out a new chocolate beer called "Frederick Miller Classic Chocolate Lager" just in time for Valentines Day. The brew contains six different malts, including a dark chocolate malt, which according to a company spokesperson creates a beer that "bursts with chocolate flavor." Source: IDEA Fitness Journal, Feb. 2007

prev post
FAT-A Dr. Jekyll and Mr. Hyde Scenario
next post
Get in Shape and Support your Favorite Charity 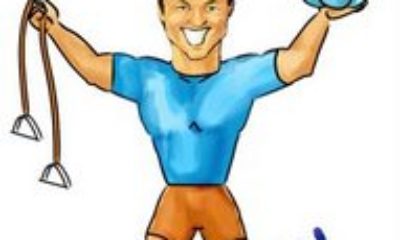