A Walk Across Northern England on Hadrian’s Wall Path

Some long-distance walking trails can be religious or spiritual in nature such as the Camino de Santiago in Spain or the Kumano Kodo in Japan.

They can also be a great way to get fit and lose weight or to simply decompress and re-center as part of an inward and outward journey. For history buffs, and/or lovers of all things Roman, there’s one that stands out from all the rest and it’s called The Hadrian’s Wall Path – an 84 mile coast-to-coast trail in northern England that follows an ancient Roman wall that was built in AD122 by the Roman emperor Hadrian to keep “the barbarians” from the north out (so sorry Scottish people). It was Rome’s furthest outpost and the largest structure Rome ever built (it took about 15,000 men 6 years to finish it). Fast forward to our modern times and “Game of Thrones” fans might be interested to learn that a visit to Hadrian’s Wall in the early 1980s provided the inspiration for George R. R. Martin’s fantasy novels.

There are several interesting and interactive museums along Hadrian’s Wall Path, usually where the roman wall forts and milecastles were located, that you can also visit and learn about life in Roman Britain, what it was like to be in the Roman army, and see artifacts that they’ve uncovered from excavations along wall country.

In order to get up to this part of northern England, the best airport to fly into for walking Hadrian’s Wall is Newcastle International. You can also take a train easily from London and/or most major European cities to get to Newcastle, which sits towards the end of the eastern part of the wall path. However, there are no original sections of the wall around the city. (FYI if you’re a beer lover, Newcastle beer was sold to Heineken out of the Netherlands in 2017, so, unfortunately, that brewery isn’t even in Newcastle anymore to tour/taste.)

We started our six-day Hadrian’s Wall walking vacation on the west end of the wall path heading east to have the typical easterly blowing winds at our backs. This starting point (or ending point if you’re walking east to west) for the wall trail is by the Irish Sea in an area called Bowness-on-Solway, which is Britain’s third largest estuary. There’s a guy as you get started walking there that has an interchangeable sign you can get your picture in front of where he’ll put the state that you are from pointing in that direction with the mileage and another a permanent pointer to Wallsend, where the Hadrian’s Wall Path ends (or begins if you’re walking east to west) near Newcastle, which is 83 miles away from there and located near the North Sea. He was very lively and friendly and basically does it for the tips. It makes a nice souvenir type photo to have indeed.

With our luggage being transferred for us daily to the next British Inn / B&B that we’d be staying at along the path, all we needed were day packs for our snacks, water, ponchos, etc. Just know that most of the hotels and inns along the wall path don’t have elevators, so you’ll be schlepping your backpacks and luggage up and down stairs every day if you’re not staying on the first floor. Being the only guy in our group, that honorable chore went to me at places that didn’t have a staff member to do it. (Now I realize what a tough job being a bellman at a hotel is, so make sure to tip them generously!)

For the most part, once you get out of the greater Newcastle area, the Hadrian’s Wall trail passes through private farms and through rolling countryside, next to rivers and streams, besides dramatic cliffs, over and along some paved roads (but not as much as the Camino de Santiago) and right through quaint little towns where you can take a load off and grab a bite and a brew at a local pub. We just loved the northern English countryside, everything was so green and lush (we walked in June), and the vistas in many sections were bold, sweeping and expansive. There are several notable castles and churches along the trail too. One such point of interest was walking by Carlisle Castle at the end of our first day. It’s where Mary Queen of Scots was imprisoned for 17 years before her beheading.

Some other interesting landmarks along the way were St. Oswald’s Church, dedicated to where Christianity was restored to the region in Medieval times, and Lanercost Priority – a 12th century monastery where Kind Edward I rested for five months shortly before his death on his last battle campaign (we stayed right next to the priory on summer solstice and the setting sun glowed beautifully on the old structure as late as around 10p). In the middle section of the wall path around Steel Rigg, there’s also Sycamore Gap – where a sycamore tree grows in a dramatic dip with Hadrian’s Wall rising up either side. The 1991 film “Robin Hood: Prince of Thieves” starring Kevin Costner was filmed here. The tree has been known as The Robin Hood Tree ever since.

Besides encountering a lot of friendly locals and other path walkers from all around the world, you’ll be walking by (and sometimes through) hundreds of sheep along the trail. They help keep the vegetation down and are valuable in themselves, variously bred for dairy products, meat and wool. They are quite harmless although two ladies in our group thought that they were being charged by a couple of them, however, it turned out that the sheep were just running by them towards some other sheep family members. But our two ladies were ready to harness their inner Roman gladiator powers to fend them off!  (I couldn’t help but to recall the killer rabbit scene in Monty Python’s “Holy Grail” movie.)

There are various stamping stations along the trail in pubs and museums where you can stamp your official Hadrian’s Wall passport as a memento and to show you’ve completed the route. You can pre-order them herehttps://trailgiftshop.co.uk/ along with certificates of completion and other Hadrian’s Wall Path memorabilia. (They are also available for purchase at some of the museums along the wall path). A portion of the proceeds goes to the upkeep of the trail. (Unlike the Camino de Santiago and Kumano Kodo long-distance trails there is no official office to verify your passport and issue an official certification of completion. So, it’s all on the honor system and simply for your enjoyment and motivation).  Speaking of the upkeep of the trail, we thought it could be maintained a little better. Many of the signs were confusing and/or there were some diversions from the original trail path that were not updated or significant enough to alert walkers. So, have plenty of patience on your walking journey the first couple days since there is no original section of the wall that you can follow as a landmark when walking, you could get turned around in a couple of spots. A compass (which I failed to bring) would be ideal to have in addition to your guidebook and map.

All along the wall trail you will usually be within 2-3 walking hours of a small town, and we found we had a cell connection most of the time along the path. The Hadrian’s Wall path is always within a couple of miles of a main road or highway and you’ll have no problem getting a taxi or hopping on one of the buses that run along the Hadrian’s Wall Path. (The main bus that runs along the wall in its middle and best-preserved section, is the AD 122 – the year the wall was built.)

All in all, the Hadrian’s Wall Path is a magnificent UNESCO World Heritage site and the largest historical monument in Britain. And there was no better way for us to experience it than up close and personal by walking it. Since most of the museums along the trail are only open from 10a – 5p, I might even suggest adding a couple of days to the standard six-day walking programs in order to give yourself more time to explore the museums, if that’s your kind of thing. In fact, if you can spare even more time, slow down the pace and walk it over 10 days if you want to incorporate a rest day in the middle and/or enjoy some of the local life along the wall path. We hustled at the end of one day on the trail to get to the Roman Army Museum to watch the last showing of a very good 20-minute 3D movie called “The Edge of Empire.” It’s a dramatic and sweeping movie experience as you follow the life of a Roman soldier who’s stationed along one of Hadrian’s Wall’s forts. (He picks his nose in one scene, we found that direction rather hilarious.) You can watch the trailer here: https://www.youtube.com/watch?v=zTPUFsqlHcs

While it’s been thousands of years since the Romans ruled Britain, their might and strength and force are still very present today in northern England along the Hadrian’s Wall Path. Emperor Hadrian ruled for 21 years while travelling around his glorious Empire. He was married to Trajan’s niece, but the marriage was unhappy; they had no children. In fact, the love of his life was a young man called Antinous who mysteriously drowned in the Nile River in Egypt, possibly a suicide. Hadrian never got over this tragedy, and later he deified Antinous and founded and organized a cult devoted to his worship that spread throughout the Roman Empire.

If you’d like more information on self-guided or guided Hadrian’s Wall Walking Tours, feel free to contact me and I’ll be more than happy to help you with your walking vacation!

About the author: Jack Witt is a Los Angeles based Health and Fitness Coach, Author, Speaker , Healthy Community Organizer and Active Travel Specialist. His other websites include www.ActiveWorldJourneys.com and www.HiketheHolyLand.com 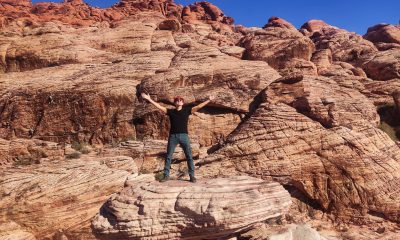 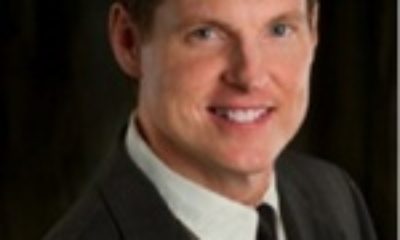